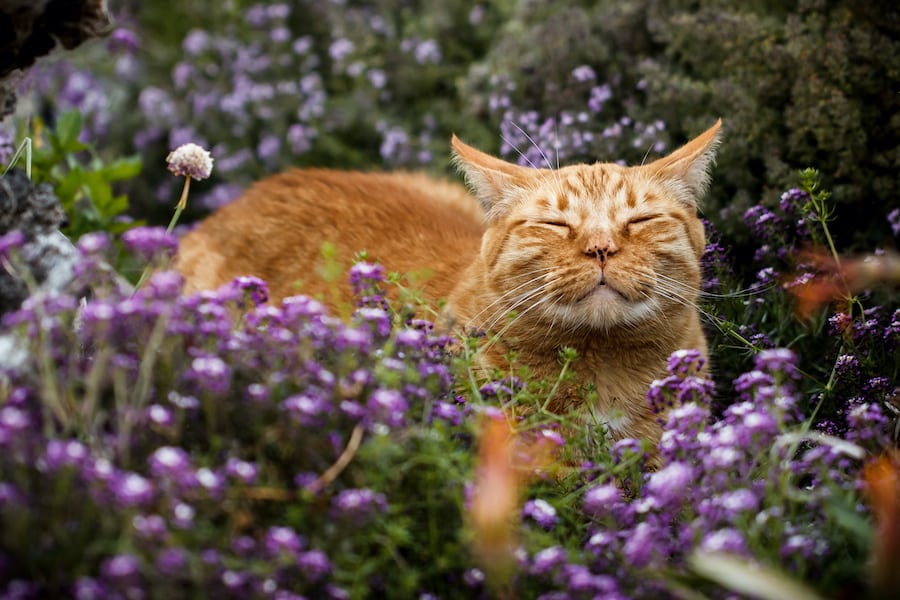 Orange tabbies, also known as ginger cats are beloved worldwide. An orange tabby is an orange colored cat with a tabby coat pattern. Many people think that orange/ginger tabbies are a specific breed of cat. In actuality, “orange” and “ginger” refer to the cat’s coat color only. By contrast, the term “tabby” or “tabby cat” refers to the cat’s coat pattern. Neither the color nor coat pattern are considered an actual feline breed. However there’s more to these felines aside from their fiery good looks!

The “ginger gene” that produces the orange coloring is on the X chromosome. Females need two X chromosomes to get the ginger coloring while males only need one X chromosome. Therefore it’s far easier for an orange tabby cat (ginger cat) to be male. Elena is one of the few fierce female orange felines!

If you’re a ginger person (someone with red hair) or your cat seems to have a special bond with your ginger human friend, it may be because they have more in common than you think. Pheomelanin, the pigment responsible for a ginger cat’s orange color, is the same pigment that causes red hair in humans.

Tabby Cat Fact #3: These Cats Are Marked With The Signature “M”

If you look closely at their foreheads, ginger tabby cats are marked with what appears to be an “M” pattern. The “M” mark is similarly found on all tabby cats, but there isn’t an official orange tabby cat breed.

Sometimes you need to look closely to see them, but it’s common that most ginger cats have freckles. Their freckles are most commonly found near their lips and noses. 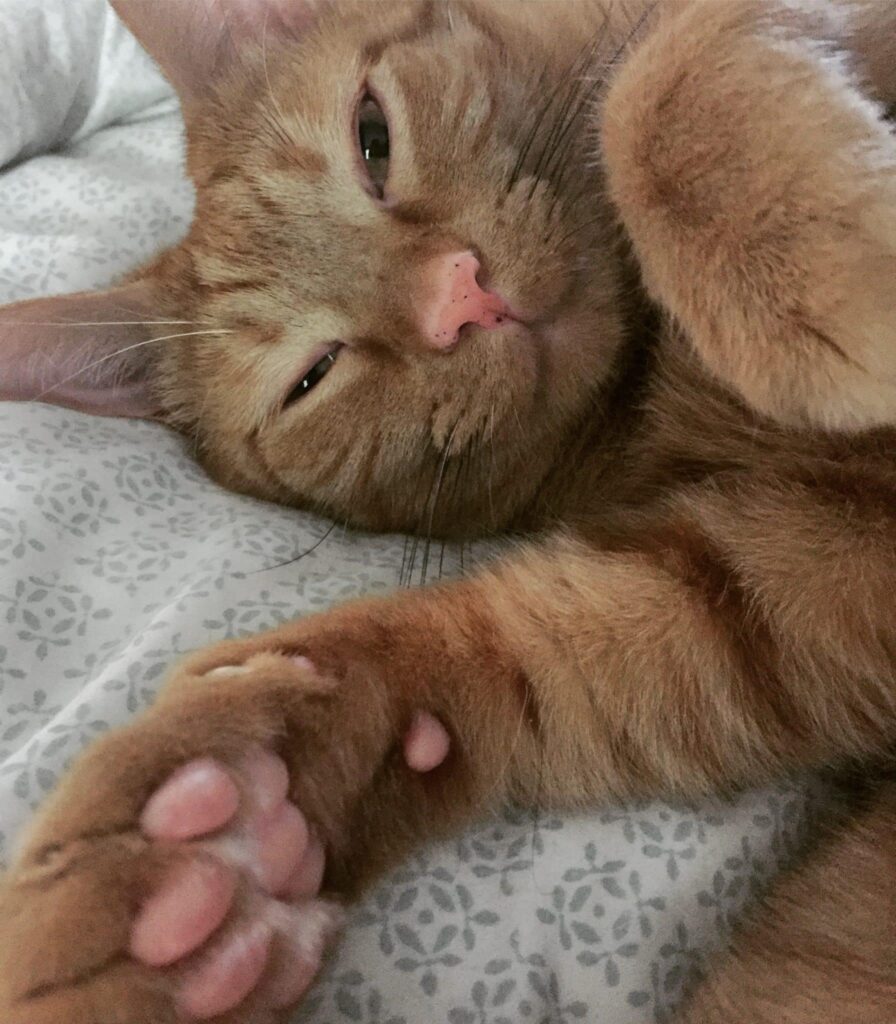 From President Churchill’s lap in Washington, to the iconic cat cartoon, “Garfield,” ginger cats have been in the spotlight for decades. Their warm, friendly personalities and meowing conversations with any human makes them irresistible. Any cat breed can have the signature orange coloring so long as they inherit the gene for red coats. Some cat breeds that tend to have orange colored coats include Bengals, Abyssinians, Maine Coons and many others –  so it’s not uncommon to see other cat breeds with this vibrant color. Additionally, the tabby pattern can often be found on a wide variety of breeds including Abyssinians, American Shorthairs, Persians, Norwegian Forest Cats – just to name a few.