What do you think of the “poodle cat”? 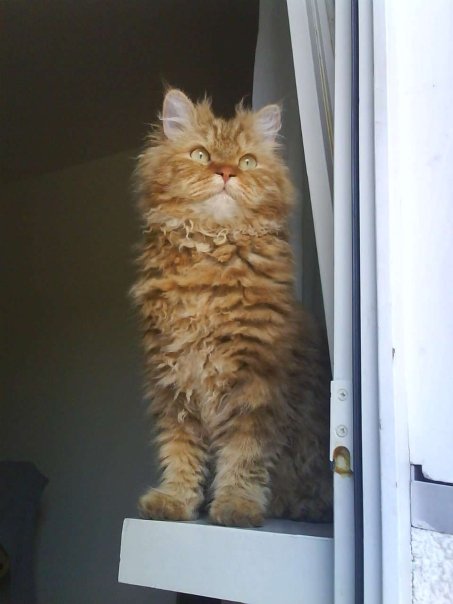 By Michael Harper for redOrbit.com

For over 20 years cat lovers and breeders have recognized the Selkirk Rex, or the poodle cat, as its own breed. Now, scientists have finally agreed with these fans, formally classifying the interesting looking animal as its own breed.

This means that every Selkirk Rex (or poodle cat) roaming the planet can be traced back to a single cat named “Miss Depesto” who was born in Montana in 1987. Though they are sometimes confused with other Rex cats, such as the Cornish Rex or the Devon Rex cat, the Selkirk Rex has normal length curly hair and is not prone to going bald. Scientists are now able to label the odd-looking cat as its own breed following a complete genetic analysis of the animal that was completed last October.

As the story goes, a curly haired female cat bred with a Persian male in 1987 and gave birth to five kittens, some with straight hair and some with curly hair. One kitten in particular looked so interesting that a Persian breeder named Jeri Newman adopted her and named her after a character from the television show “Moonlighting.” Miss Depesto then bred with other Persians, eventually creating their own breed.

According to researchers at the University of Veterinary Medicine Vienna, Miss Depesto’s DNA experienced a spontaneous mutation which resulted in the curly hair that is the hallmark of the poodle cat. After nine generations of breeding, this mutation appears to be autosomal dominant, meaning that it is located on one of the numbered, non-sex chromosomes (autosomal) and that only one copy is needed in order to manifest the unique curly phenotype (dominant). After combing through their DNA analysis, they found this dominant trait throughout the generations, leading them to classify the Selkirk Rex as a breed all its own.

The most popular of these curly haired poodle cats carry only one copy of this mutation. This one mutation is responsible for giving them the rounded head, rounded ears and thick, curly coat that the breed is known for.

When they completed their genetic analysis last October, the University of Veterinary Medicine Vienna said they suspected that the new curly haired Rex might be its own new breed, but have only recently confirmed this finding. 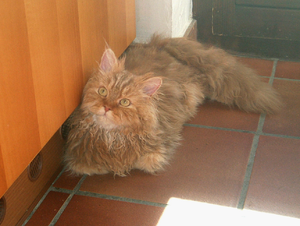 Though it’s only now been made official by science, cat breeders and associations have been classifying the Selkirk Rex as its own breed for many years. The International Cat Association, for instance, first began recognizing the cat as its own breed early on, just five years after Miss Depesto was first discovered in Montana. The American Cat Fanciers Association followed suit four years later in 1998, and the Cat Fanciers Association leapt onboard in 2000. In 2002 the Selkirk Rex breed arrived in the UK and was recognized by the Governing Council of the Cat Fancy (GCCF) a year later. In 2009 the breed received championship status with the GCCF and became eligible as a show cat in the UK.