6 SKILLS YOU NEED TO BE A GREAT CAT SITTER BECOME THE BEST CAT SITTER IN YOUR NEIGHBORHOOD

Cats may have a reputation for being easier to look after than dogs, but that doesn’t mean cat sitting is simple. Looking after a moggie (theBritish work for a pet cat) properly amounts to more than simply refreshing food and water every day. In fact, there’s an art to cat sitting. Get it wrong and your feline may have some complaints about the service. Master these six skills, however, and they’ll treat you like a conscious form of catnip.

Before the cat’s owner goes away, you’ll need to do a bit of private investigation work. Most cat owners will give sitters a briefing. Nine out of ten times, however, this briefing will just focus on basic pet care – covering practical things like where the food is kept, how much the cat eats, and which vet to contact in the event of an emergency.

If you want to join the cream of the cat sitting crop – ask the owner about the cat’s quirky habits. For example, some cats love sitting in boxes. If you know this is true for a particular kitty client in your care, you could spoil that cat by bringing a new box home one day. Other cats love drinking water from the tap. If you know this, you can pamper your cat client by allowing it to sip from the faucet once in a while. 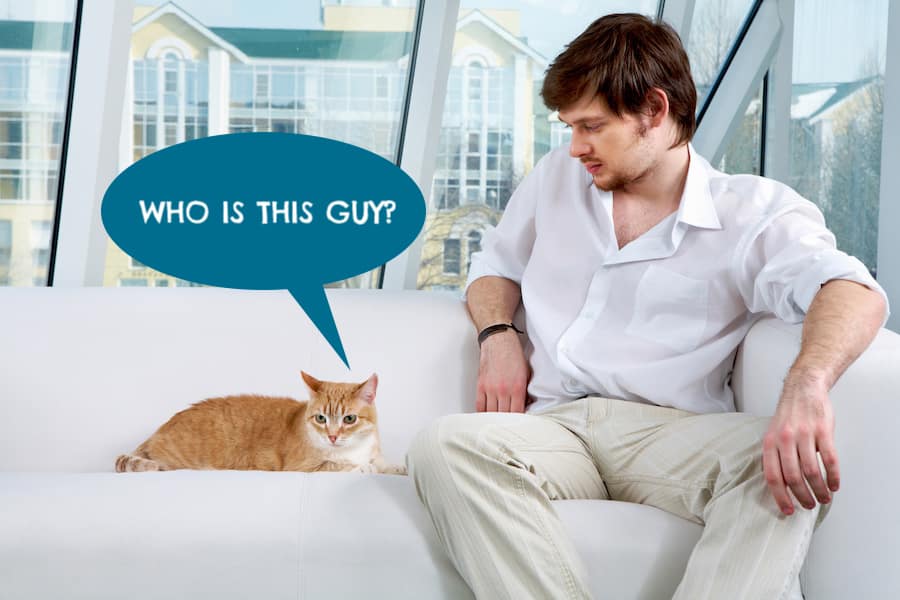 A man sitting on sofa and looking at a cat[/caption]

The amount to which a cat enjoys playtime will depend on its personality, age and its breed – Abyssinians, Turkish Angoras and Burmese cats are known for their playful nature. On the whole, however, most cats enjoy at least a little bit of playtime and socialization– it helps to enrich their lives, particularly if they live indoors.

As a pet sitter you’ll need to have the energy to play with your cat. Playing with toys like mice and feathers on rods can also act as an important form of exercise for cats. Plus, it can help you bond with the your kitty customer.

Cats are creatures of routine. In fact, research suggests that changes to a cat’s routine can cause stress and lead to illness. The University of Ohio, for example, discovered that healthy cats were just as likely as chronically ill cats to refuse food, vomit frequently and leave waste outside their litter box in response to changes in their routine.

So being able to keep time like an atomic clock is an essential skill as a cat sitter. Especially since the absence of an owner may already be causing the cat to feel stressed. Ensure you feed the cat at the precise time when it’s used to being fed, and keep a similar schedule to the owner whenever possible.

Contrary to popular belief, cats can suffer from separation anxiety when they are left alone. In one study, the Swedish University of Agricultural Sciences found that cats purred and stretched for longer when owners returned after four hours compared to separations of just 30 minutes.Serious separation anxiety can cause cats to feel stressed and can lead to behaviors like vomiting, crying, urinating in unusual areas, excessive grooming and loss of appetite or binge eating.

Understanding this is key to being an upper-echelon cat sitter. Some cat sitters will enter a house that the owner has just departed from without realizing that the cat might already be feeling stressed. They’ll expect to be able to play and stroke the cat as soon as they arrive. The better approach is to enter the cat’s home gently. If the cat looks anxious to see you, ignore it for a while. Spend a little time watching the television or making yourself feel comfortable, especially if you are house sitting. Let the cat approach you in its own time and it will soon feel relaxed again. 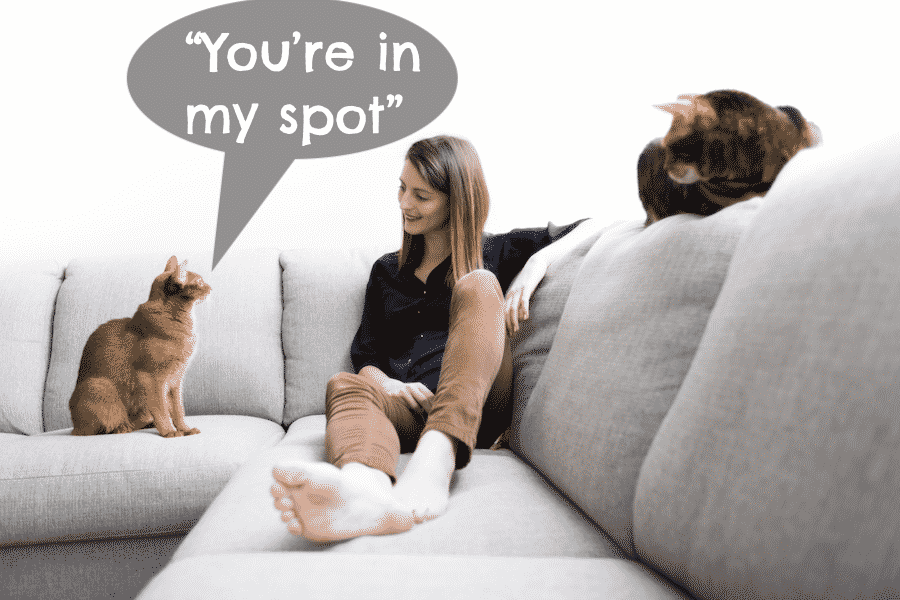 Cats can be just as cuddly as dogs. A study by Oregon State University’s Human-Animal Interaction(HAI)Lab investigated which of the following three factors cats preferred most; food, toys or social interaction. The findings showed that most of the cats sought human attention over everything else. Not only that, but the research suggested that the availability of human interaction could affect a feline’s quality of life. So it stands to reason that a top cat sitter needs to be generous with their affections. Not all cats are lap cats, but a good cat sitter should be on hand for a head scratch, a chin rub or a back rub and when the cat needs it.

While most of the qualities that make a good cat sitter relate to the cat-human bond, there’s one skill that every cat sitter has to have that’s independent of the animal. The best cat sitter needs to be organized. The owner might have given you the key to their door, but have you tested it to see if you’ve got the knack of opening it? You might know where the cat food is kept, but do you know where the cleaning products are in case of a little accident?

Master all of the above and you’ll be the cat’s meow when it comes to pet sitting. Do you have other tips for your own cat sitter? Are you a super-skilled cat sitter? Feel free to share other tips!

Lamia Walker is the Founder of HouseSit Match. Her career spans more than 25 years, with quite a few spent in marketing for some wonderful organizations. In 2012 the idea for HouseSitMatch became a thing, over a good curry shared with an Australian friend. The friend had been house-sitting for a year and had saved a huge sum of money by not paying any rent in Perth, Western Australia. The two friends who had travelled extensively together mulled over the opportunity, then started an online housesitting network.

Read:  TikTok Vet Exposes The Cruelty Inherent In Some Of The Cutest Cat Breeds